< back
Our Spaces:
Our highly versatile venue offers unique auditoriums, conference, meeting, exhibition, dining and training facilities and has a beautiful panoramic view at the top for exclusive dining events and entertaining all year round. Find out more here.
Capacity planner
< back
Your Event:
We offer a wide range of rooms for hire, catering for conferences, exhibitions and meetings of all sizes. With a wide variety of sizes and styles you'll be able to find the room that specifically matches your event requirements. Make your event bespoke with a wide array of audiovisual and catering services.
Dining & Catering
Virtual & Hybrid Event Services
COVID Secure Guidelines
< back
About us:
The Spine is the new destination for events in Liverpool, offering world-class dynamic spaces for conferences, workshops and dining, as well as event production services to accommodate virtual and hybrid events. Find out more here.
Sustainability
Latest News
RCP London Events
< back
Visiting RCP:
The Spine is a stunning building overlooking Liverpool city in the heart of the Knowledge Quarter. Find out how to get here prior to your visit.
How to find us
Contact Us
RCP London Events
back to latest news

Series of award wins for The Spine in 2021

2021 has been an outstanding opening year for The Spine and we have won a plethora of awards for our building. 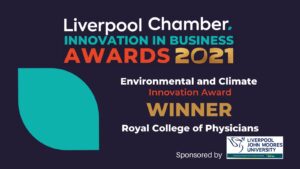 The Spine also won an ‘Environment and Climate Award’ at the Innovation in Business Awards hosted by the Liverpool Chamber of Commerce. The awards celebrate the spirit of innovation that has driven the recovery of many local businesses during the pandemic. Within each category, there was a traditional award for an outstanding business in the field alongside a special award for an innovator that has confronted and overcome the challenges of the past 18 months.

In the Considerate Constructors Scheme (CCS) Awards, which celebrate best practice in the construction industry and recognise the highest performing construction sites across the UK and Ireland against the Code of Considerate Practice, we won two awards for ‘Most considerate site’ and the ‘National gold award’.

Finally, we won a Plants@Work award for our biophilic installations. Plants are one of the key biophilic elements within The Spine contributing to establishing the venue as one of the healthiest buildings in the world.

Winning multiple awards for the building is a testament to the great work of all those involved in its creation and we are absolutely delighted to end the year on such a high. 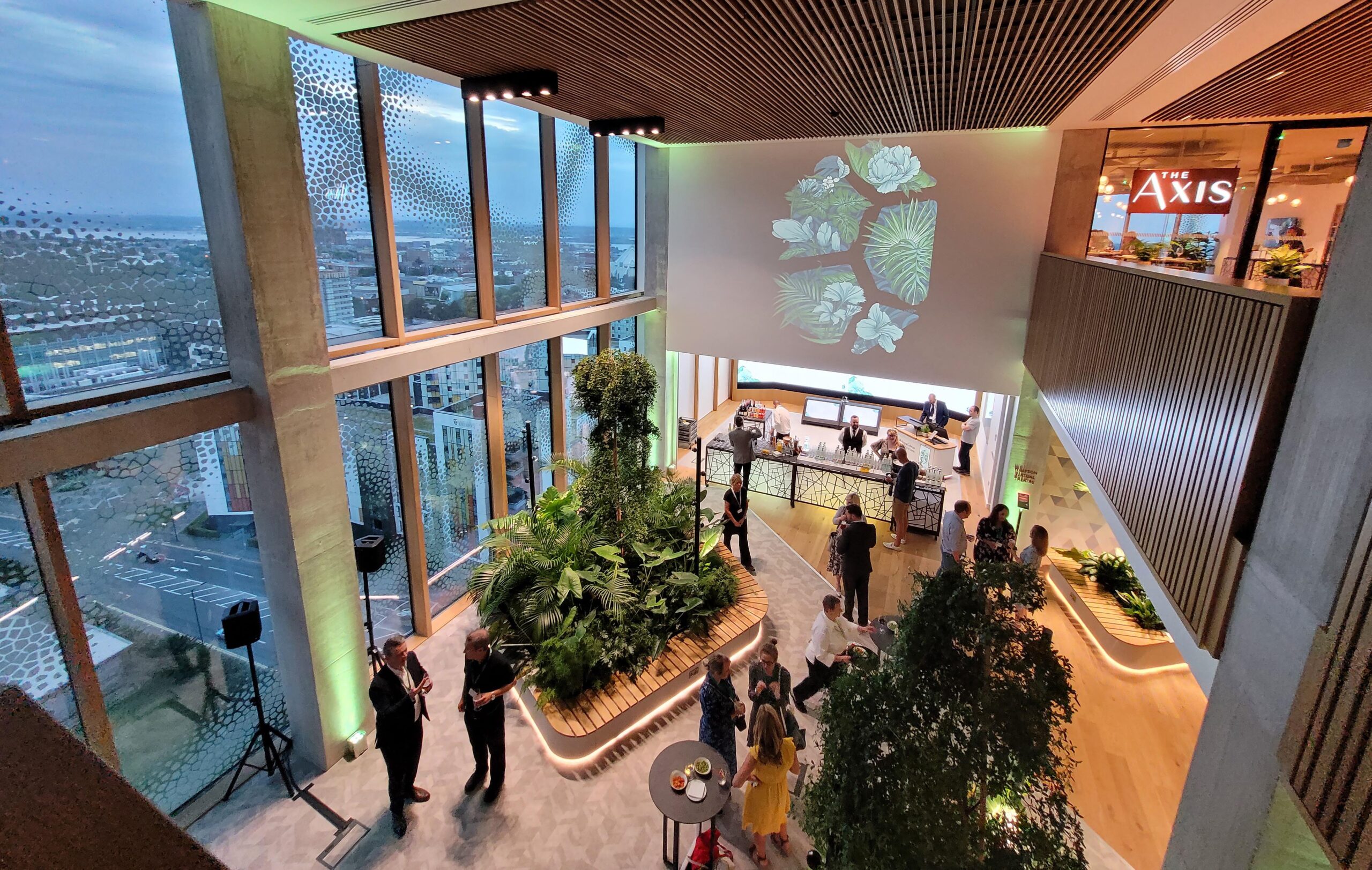 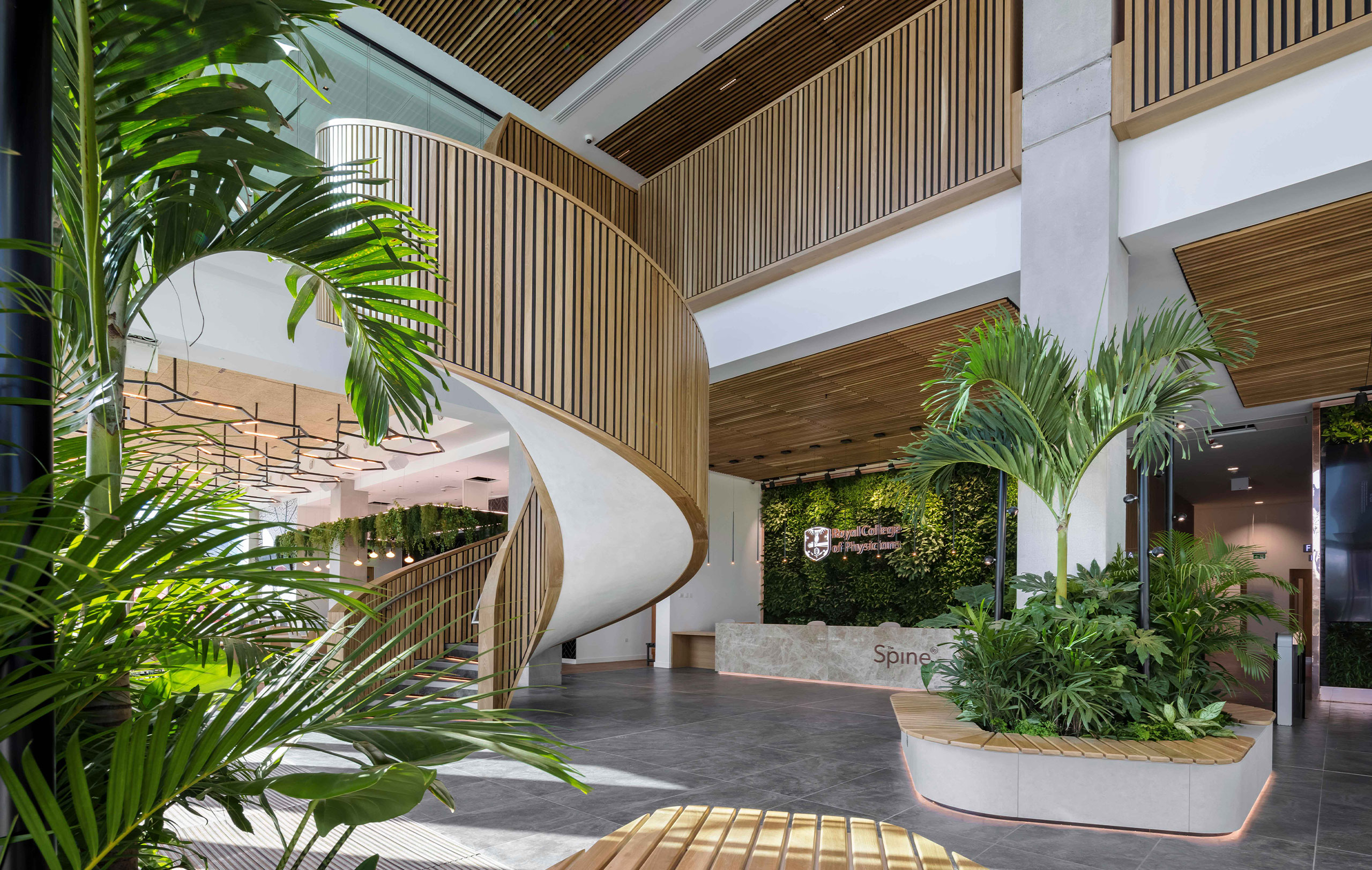 The Spine wins prestigious awards for its biophilic installations 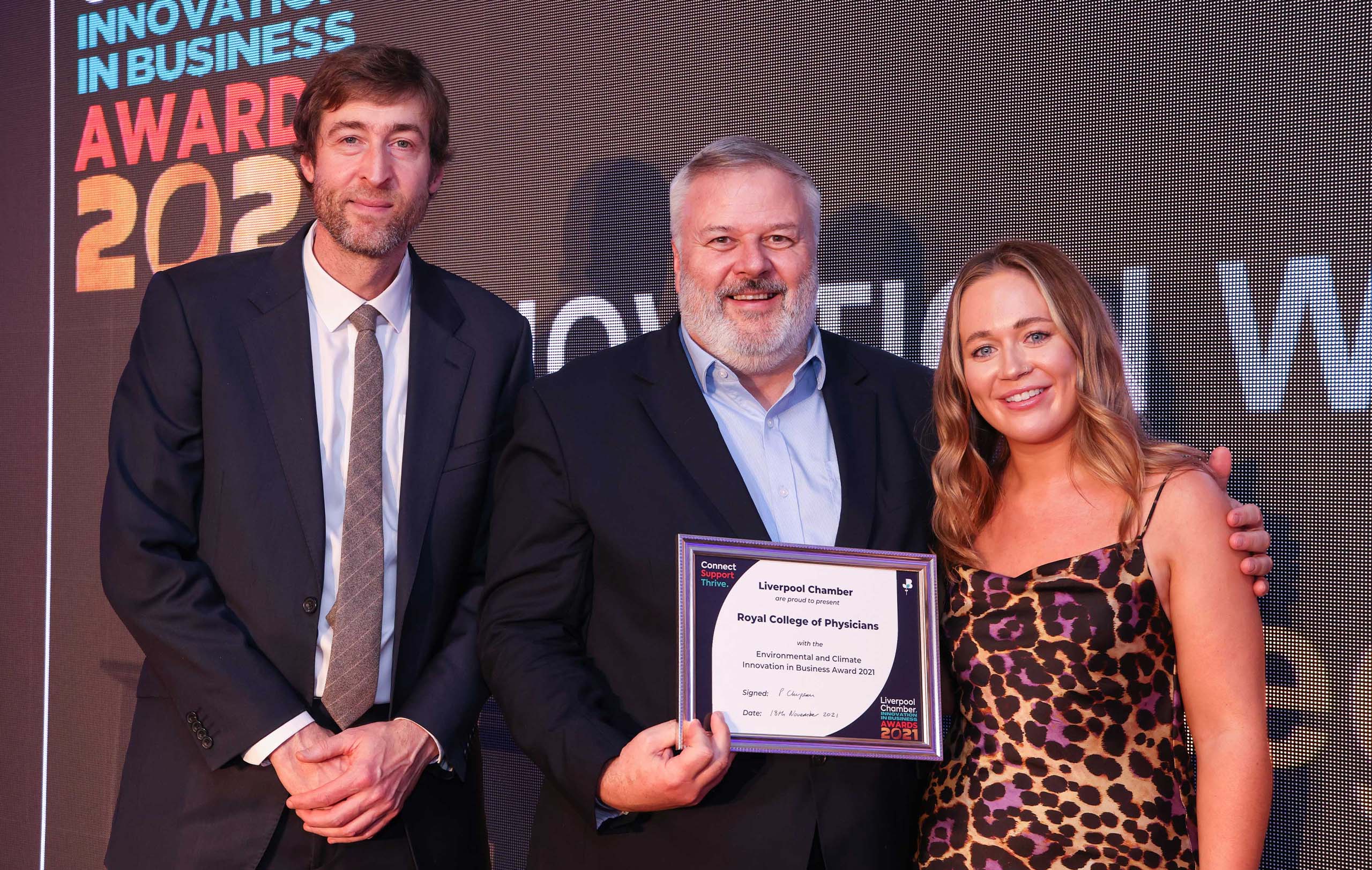 Series of award wins for The Spine in 2021

Spaces at The Spine: the story behind our logo 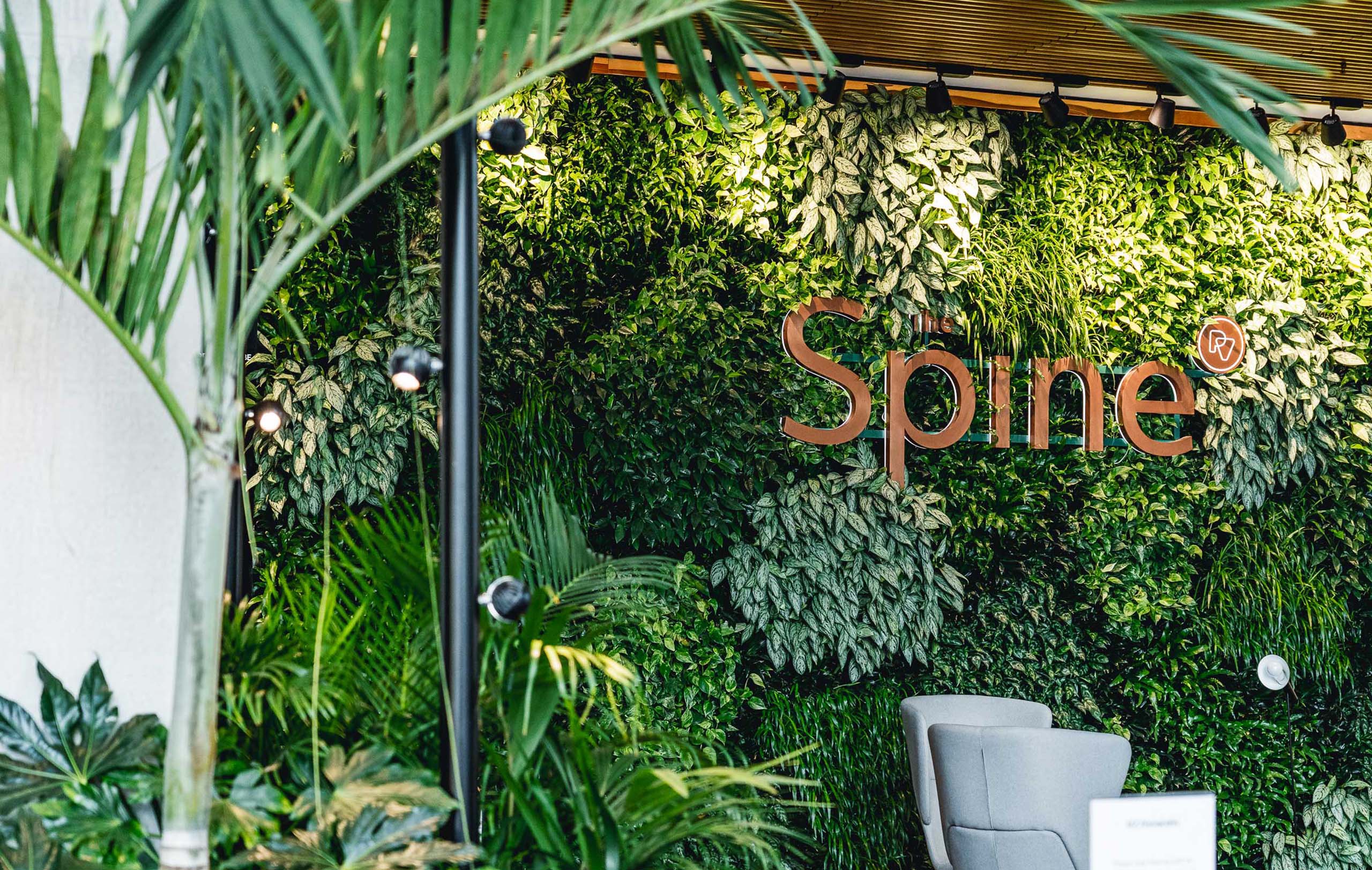 Spaces at the Spine’s sustainable pledges on #EarthDay 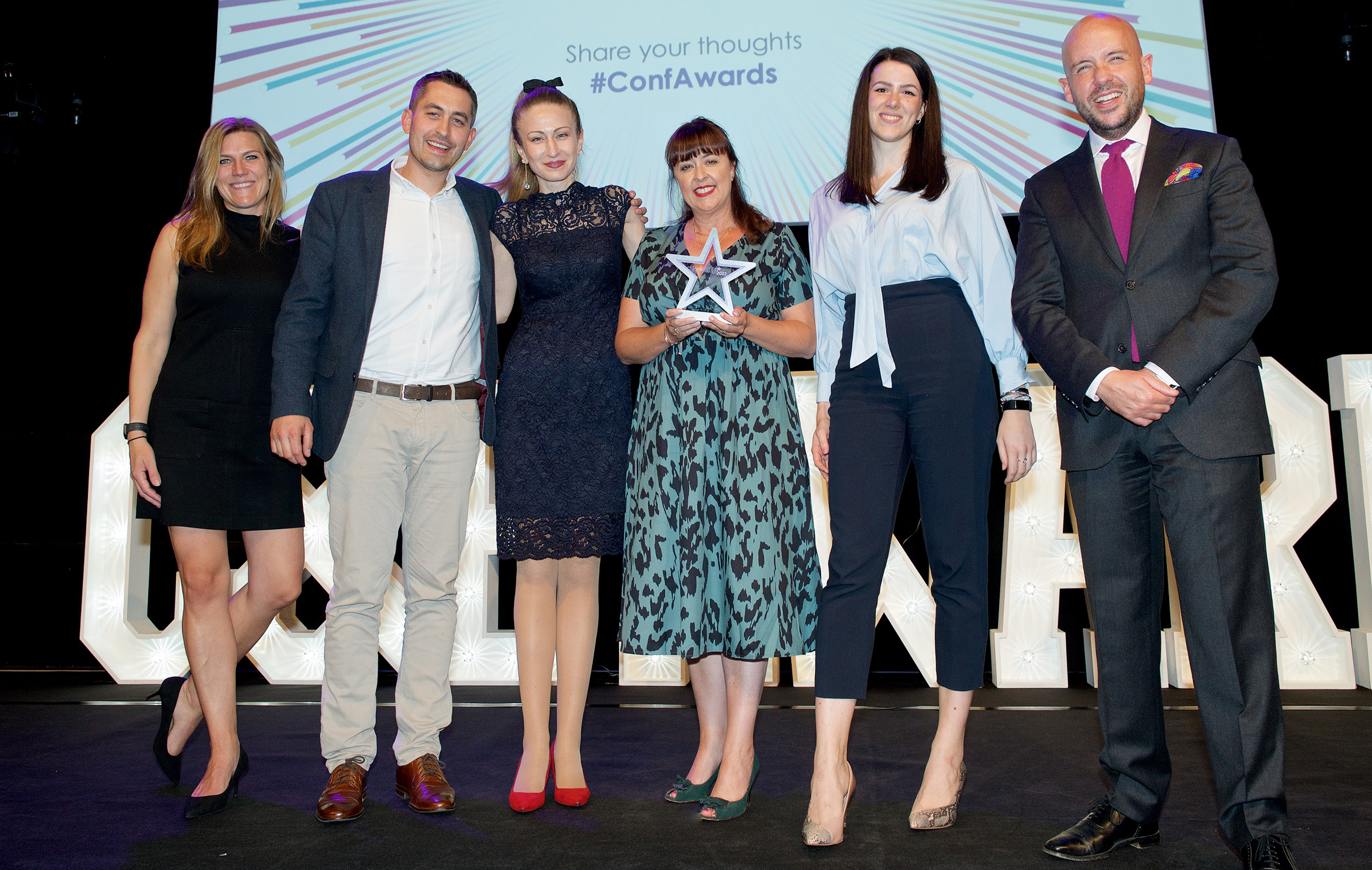 Spaces at the Spine wins Gold for sustainability 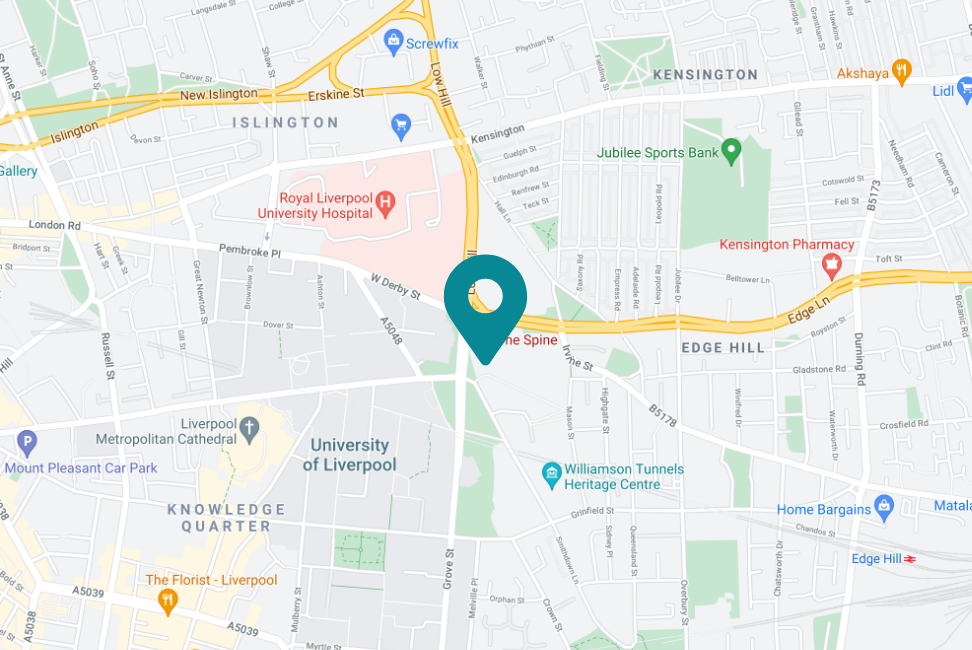 how to find us

The Spine is located in Paddington Village at the heart of the Knowledge Quarter in Liverpool’s City Centre.

We use cookies to give you the best experience and to help improve our website.
By clicking the Accept button, you agree to us doing so. Find out more.